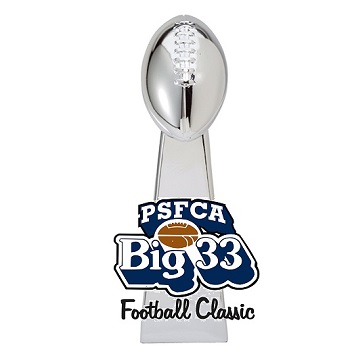 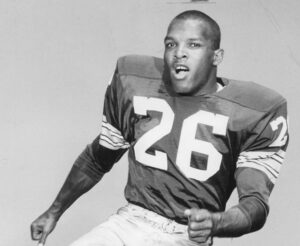 Its a streak that began when Northeast High Schools Herb Adderly, who played on the 1957 Big 33 team, suited up for the Green Bay Packers in the very first Super Bowl ever played.

Since that day, 141 former Big 33 players have played in what will now be all 55 Super Bowls. This year's edition will include 3 players and one general manager.  Let's meet this years participants.

Chad Henne, Wilson-West Lawn High School.  Chad played in the 2004 game that was won in a thriller by the Ohio team. Henne is a quarterback with the Kansas City Cheifs

AQ Shipley, Moon Area High School. AQ also played in the 2004 Big 33 Game. He's a center for the Buccaneers, unfortunately, he won't get to play due to an injury he got in late November.

Yasir Durant, Imhotep High School.  Yasir is the most recent Big 33 Alum in the Super Bowl, having played in the 2016 game, another thriller won by the Ohio team. Yasir is an offensive tackle for the Chiefs.

Brett Veach, Mt. Carmel High School. Brett played for PA in the 1997 game won by the PA squad, 21-20. Brett is the General Manager for the Chiefs.

Frank Clark, Glenville OH. Frank played on the 2011 Ohio team that decimated the PA team 50-14.  Frank is a defensive end for the Chiefs.

Here is the list of every Big 33/Super Bowl participant: